This series is inspired by the idea of the Latin, Memento Mori or, "remember death" and explores not only the ephemeral quality of life but by extension, also connects to being present in the art-making process as much as possible. Having been a meditation practitioner for many years, I have also long viewed my painting practice as a kind of meditation that I seriously enter when I am working. Creating an art object creates life in a way-making something tangible from an idea or imagining. But the creative process is one of constant change, and so little “deaths” occur throughout the making of a finished painting. The idea of life and death in constant flow during the creative process renders it transformative. It is this idea of transformation which turns life into death, and simultaneously death into life. I have chosen to represent this idea using nature and its natural decay witnessed in incremental stages. The Buddhist principle of impermanence echoes this idea of the passing of everything in our path, and so reminds us of the powerful moment of the creative process as well. Exploring this process of decay alerts us to its beauty as in the Japanese concept of wabi-sabi. I hope to inspire viewers to see decay and death as no less a beautiful process than birth and renewal and to recognize the grace, elegance, and melancholy of time's effect on all things, both living and man-made. These pieces, which are all watercolor on rice paper adhered to watercolor paper hang as grids, flush on wooden supports 1.5 " off the wall. The grid format gives each stage of decay its individual dignity and completeness while also reminding the viewer of the connectedness to the whole.

Memento Mori: Take a Little, Leave a Little
watercolor and ink on rice paper and substrate
$950 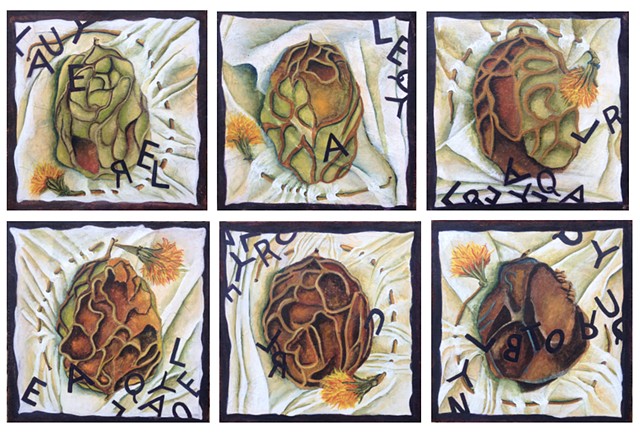 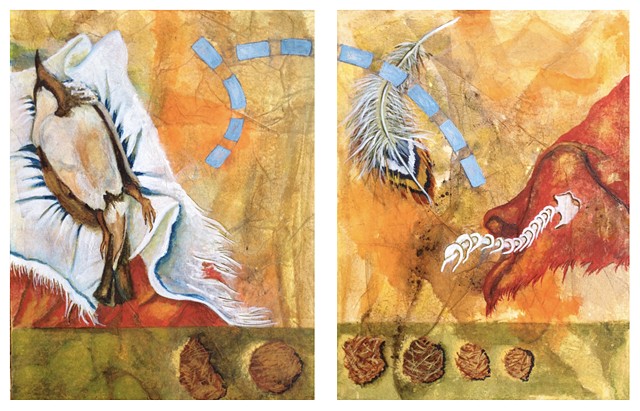 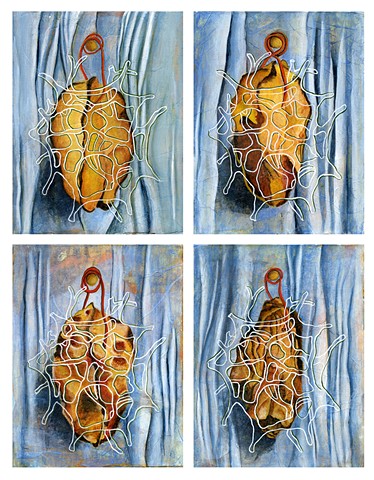 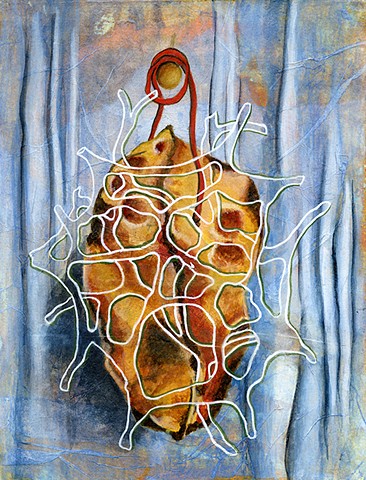 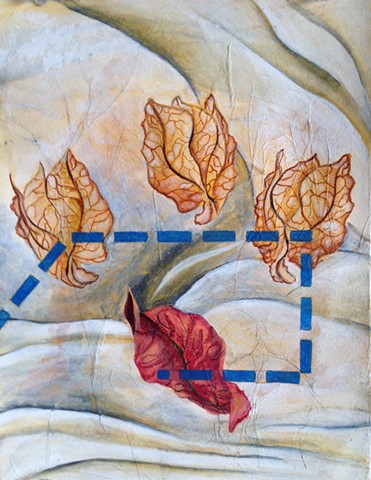 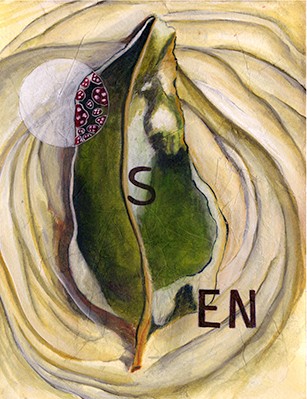 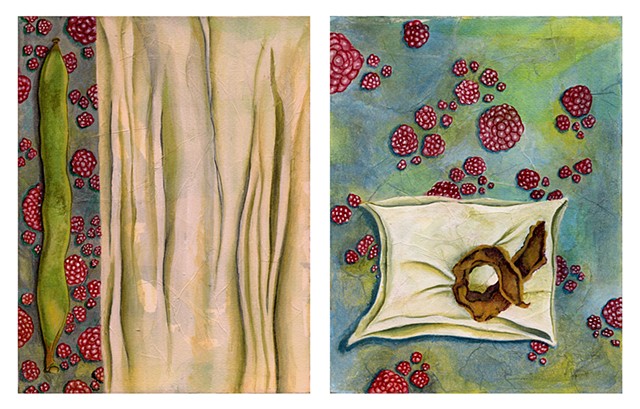 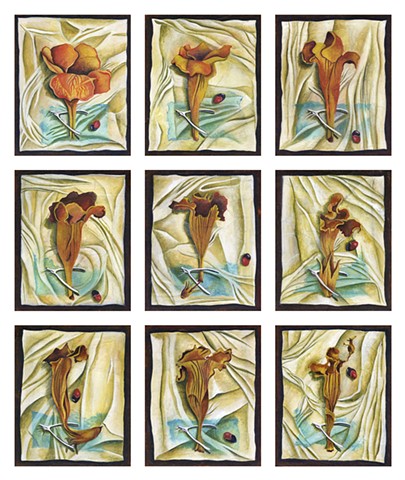 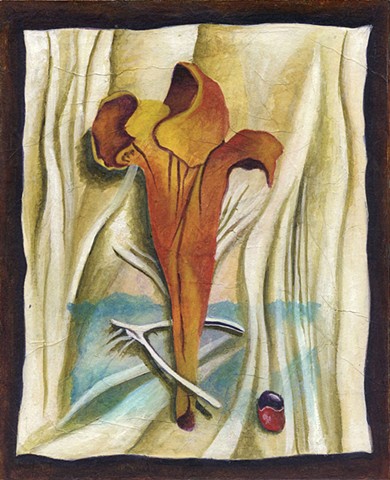 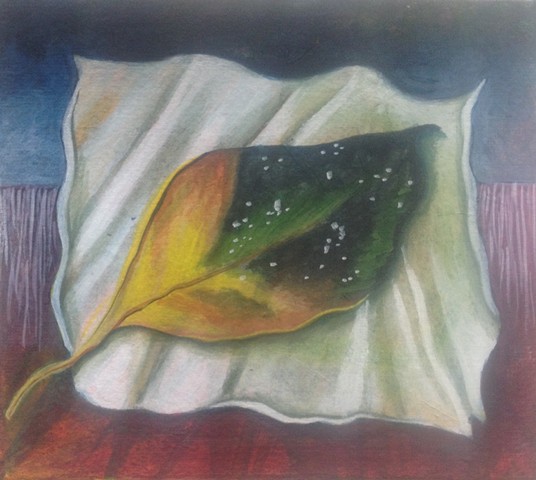 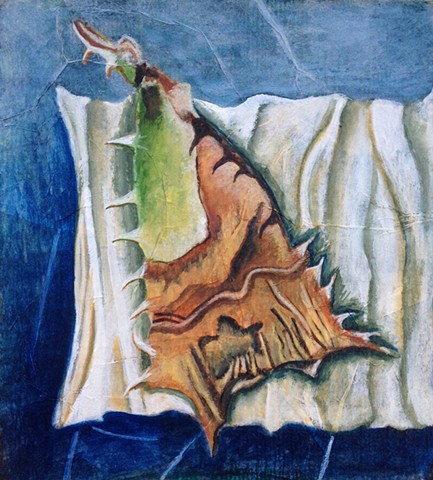 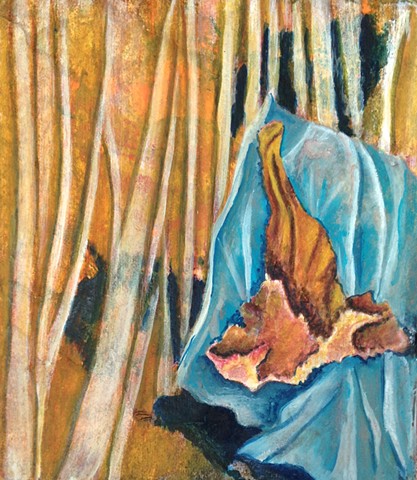 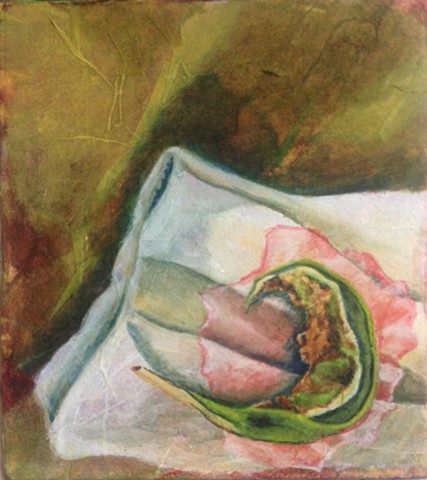 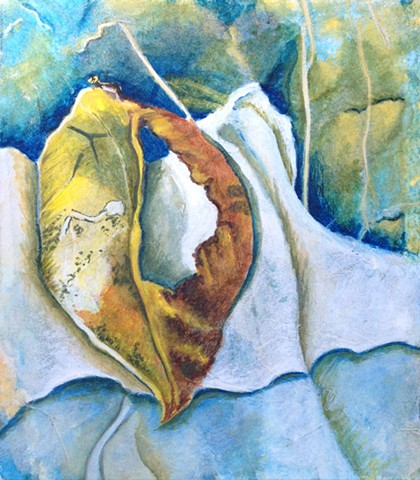 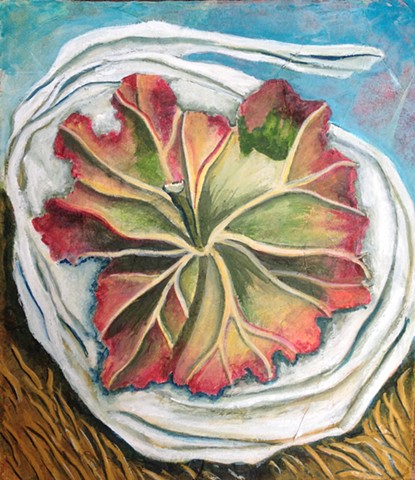 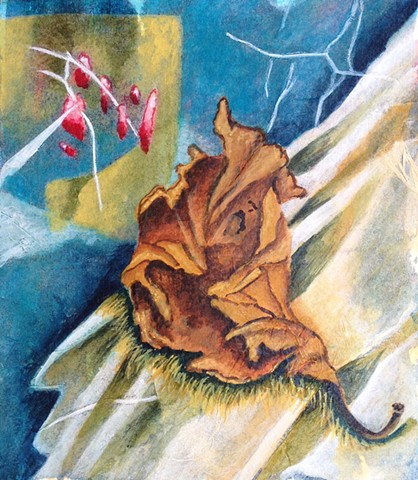 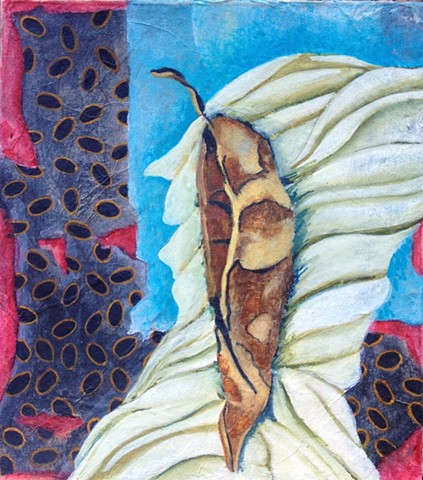 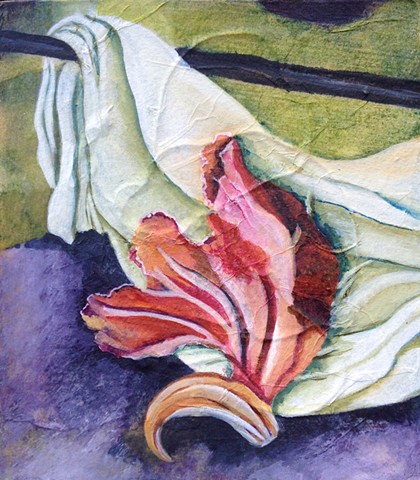 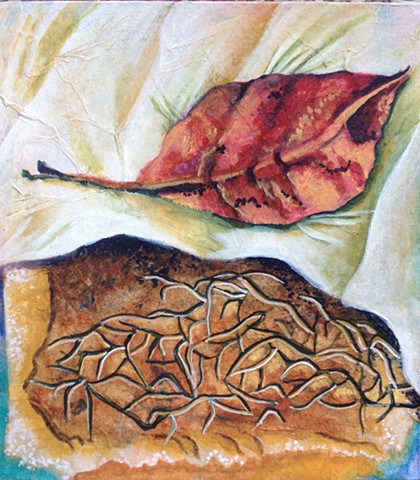 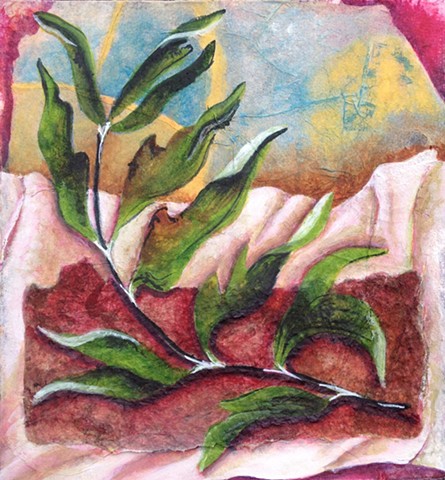 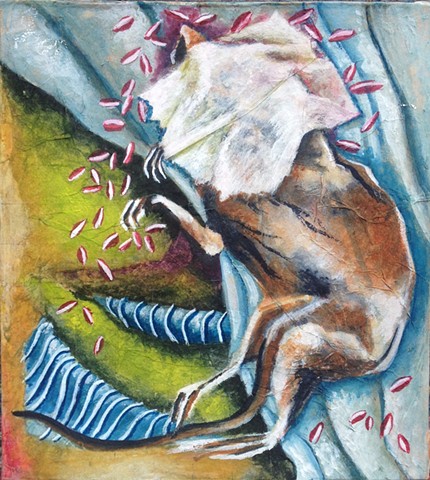 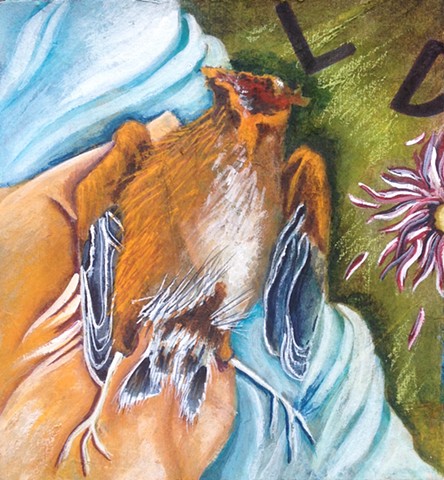